Written by Ilia Zelenkin
Updated over a week ago

In Bitskout the pricing revolves around a plugin run or a transaction. You pay only for executed transactions which means for the ones you actually use. There are also limitations on a number of active plugins per plan.

To avoid unnecessary processing for small amounts we have structure our plans into monthly and yearly subscriptions where you pay a monthly fee and you have a capacity (e.g. a number of plugin runs or transactions) included.

Here are our plans: 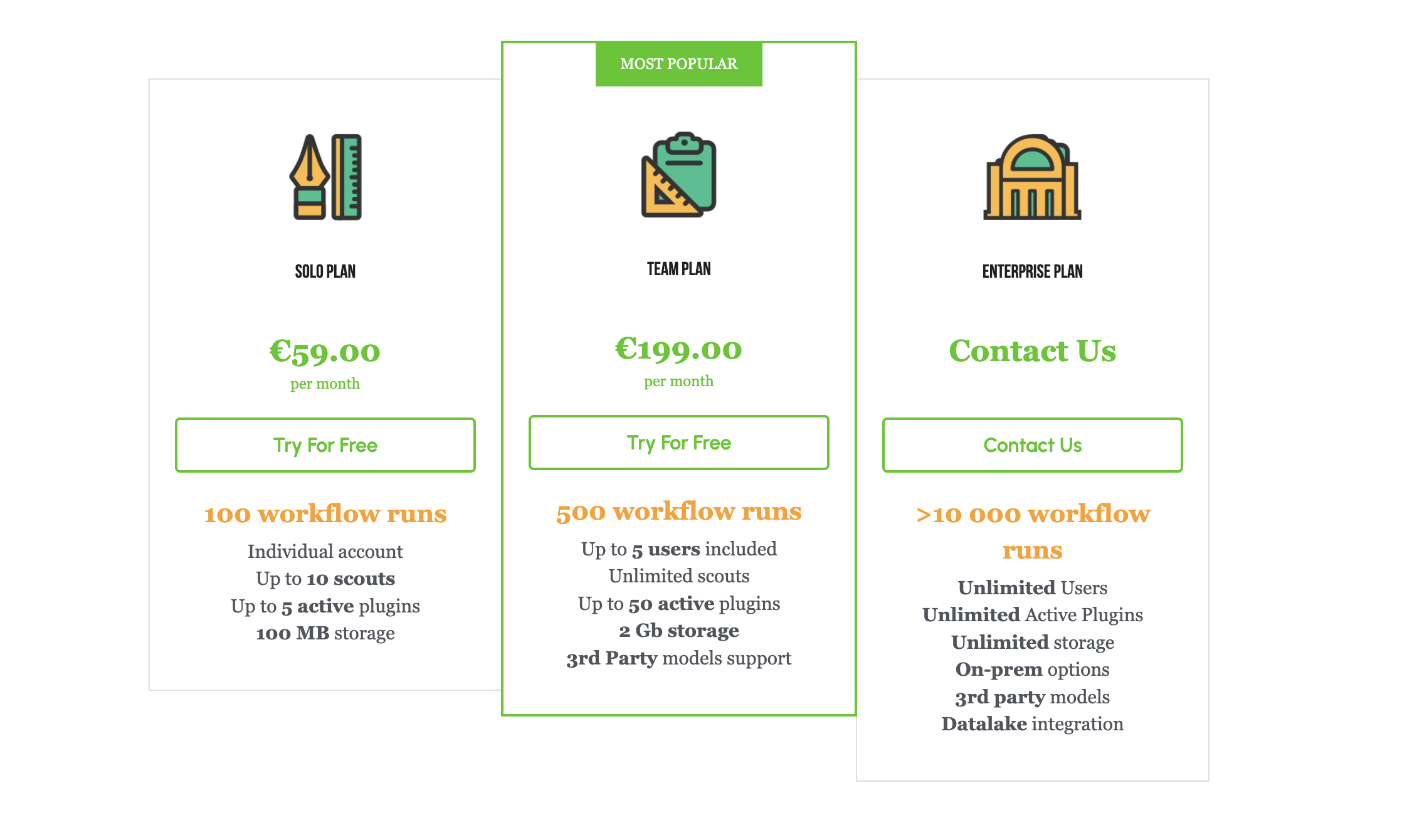 The key difference is the number of included plugin executions. In case you go over the limit, each new plugin run cost will calculated based on your plan:

What is a Plugin

A plugin is a user configurable set of steps that are executed on a task. Plugins define what kind of things you want to validate and allow you run A.I. models on content to make further decisions.

Here is an example of plugin creation: 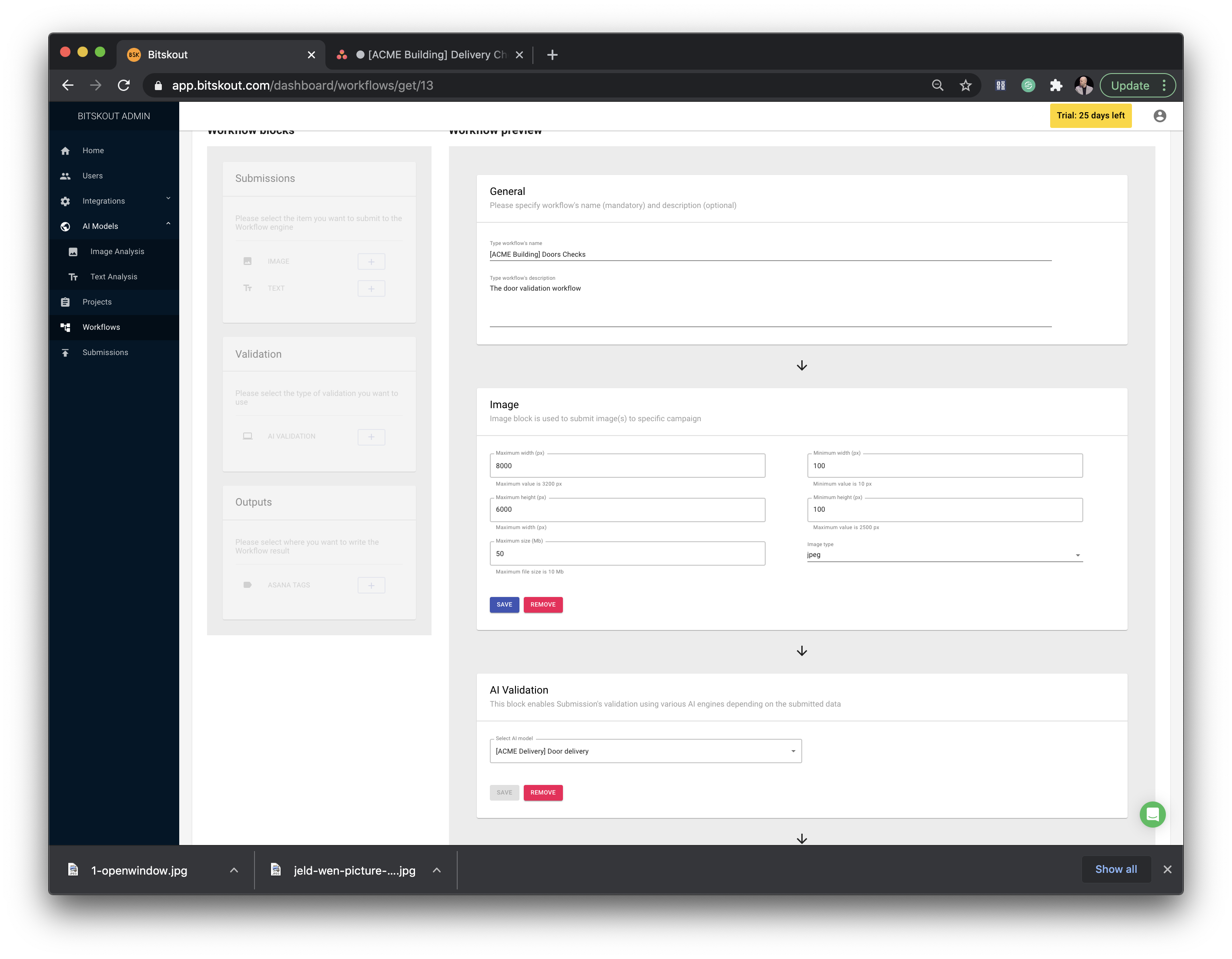 In above examples we have two steps:

One plugin run is an execution of all workflow steps on one task. Depending on how you workflow structured, not all steps might be executed in one run.

Following the example above we have two possible outcomes considered as one plugin run:

Another example: if you imagine that you want to check text sentiment, then your plugin might have two steps - a check that a task has a PDF attachment and then an execution of A.I. model for text sentiment. Then, if task has no attachment, it will rejected by the first step (no PDF attachment) and this will count as one plugin run.

We hope this clarified a bit how our pricing works. If you have extra questions, don't hesitate to contact us via chat or email.

Did this answer your question?